Minnesota allows a child to be placed for adoption without the consent of the natural father, unless that father acts fast in getting a legal action started.

A sad illustration of this point came to light recently in Lyon County, where a mother placed her child for adoption and as required by law, notified the father. The father lost his right to have any say in the adoption, because he didn’t act quickly enough.

In Minnesota, anytime a potential father wants to be notified of an adoption proceeding where he might have a paternity claim, he needs to register the Minnesota Father’s Adoption Registry, a database that is administered by the Minnesota Department of Health; failing to register means losing the right to be notified of his child’s adoption. Getting on the registry, though, is only the beginning.

Upon being notified of an adoption, that father must act quickly: within thirty (30) days of getting notice, the father must file a paternity proceeding in district court, and also file a separate notice in the adoption case, that he intends to retain parental rights

Recently, the Minnesota Court of Appeals, denied a father the right to challenge the adoption of his child, because he filed for paternity thirty-eight (38) days after getting notice of the adoption.

Though he was only eight (8) days late, and though he protested that the reason for the delay was mother’s efforts to avoid service of the paternity suit, and even though he had every intention of being a parent to this child, he was still deemed to have “abandoned” the child according to Minnesota law. See §259.52 subd. 10(1)-(3).

While sympathetic to the father’s dilemma, the Court of Appeals strictly interpreted the law, which favors resolving competing interests in reference to a child, and ruled that the father abandoned his child, because e filed his paternity case eight (8) days too late.

Had father filed his paternity action within the thirty (30) day period, even without having served the mother who was avoiding service, he would have had a chance to be a parent to his biological child.

A sad result, but a reminder that getting sound legal advice is crucial when you want to protect your parental rights. 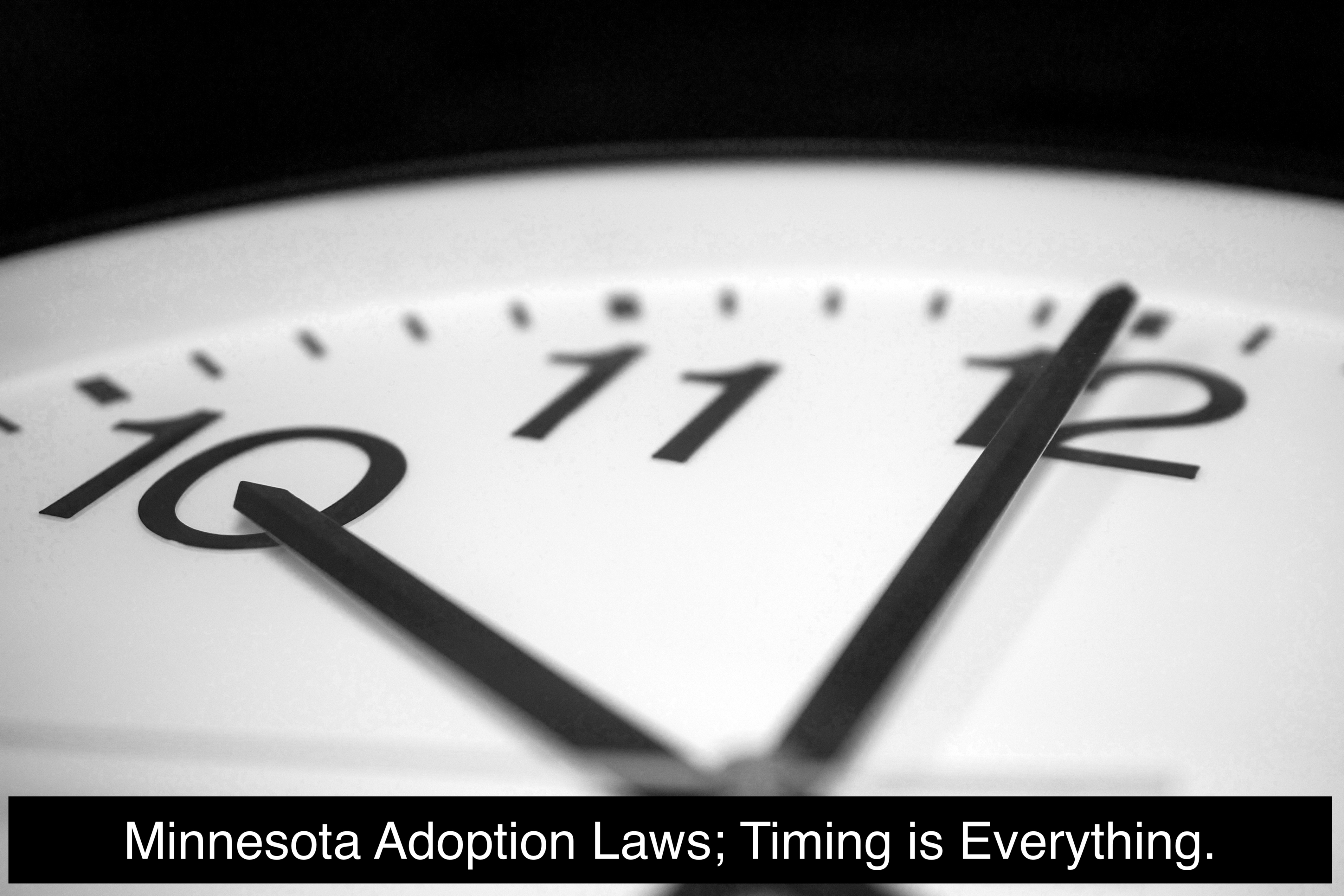 Minnesota Adoption Laws; Timing is Everything.